Ushuaia´s history
The ancient inhabitants of Ushuaia were the Yámana or Yaghan. They lived in huts made with branches, dressed in fur of seals or otters. They fed on the products of the sea: sea lions, mollusks, mussels, crabs and fish. They moved in canoes made with tree barks. The whole family was in the canoe: the man with the harpoon in his hand was waiting for his prey; the woman paddled and docked the canoe and the children attended the fire that burned permanently in the boat, on a base of earth and stones.
After more than 6,000 years of life in the area, the southernmost inhabitants of the earth began to receive European expeditionaries, a stage in which shipwrecks and small combats intermingled, with masses of sea lions that were deteriorating the life of the Fuegian natives . The current descendants of the Yamana form a community in Villa Ukika, near Puerto Williams on Navarino Island (Chile).
On January 18, 1869, with the knowledge of the Argentine and Chilean governments, an Anglican mission headed by Waite Hockin Stirling was established, which formed the first non-native settlement of the archipelago, very close to what would later be this city.
On October 12, 1884, Laserre created a sub-prefecture with the Anglican mission, raising the Argentine flag on it. Its objective was to reaffirm the Argentine sovereignty in the area, after the Austral treaty with Chile in 1881.
In 1902, the prison was built, which was in service as a prison until the middle of the same century. The prison had the southernmost railway line in the world, which led prisoners from the prison to the labor camps outside Ushuaia. In 1947, the prison was closed and now houses the Maritime and Presidio Museum of Ushuaia.

First inhabitants of the Island of Tierra del Fuego
Upon the arrival of Europeans in the region, the Big Island was already occupied by hunters - gatherers whose economy focused on land resources.
Selk'nam or Onas: They occupied the Central-Northwest area of ​​the Island of Tierra del Fuego. They are also known as Onas. They were pedestrian hunters, they basically depended on the guanaco hunt. Occasionally they caught birds and when they reached the beach, they collected mollusks (cholgas, mussels) and stranded marine mammals.
Haush or Manekenk: They were located on the Mitre Peninsula. Some authors believe that they were originally pedestrian hunter groups, as were the Northern groups, and that they were displaced by them to that peninsula of the Island of Tierra del Fuego. There they adapted to the maritime coastal life. They called themselves Manekenkn.
Yamana or Yagan: They occupied both margins of the Beagle Channel and adjacent channels to Cape Horn. Adapted to the marine life of the sea, they hunted mainly sea lions for their high fat content, one of their main sources of food. They moved in canoes made with tree barks. They are known as the "Canoeros del Beagle".

If you have never been to Ushuaia, this is your opportunity. We can show you just a bit of its beauty and charm. You will understand why so many people fall in love with this beautiful place. All year round! 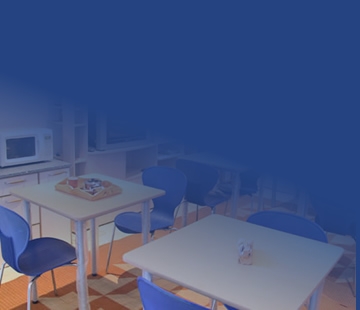